Scotland’s two biggest cities hold host to a range of different activities and attractions that even the keenest of tourists would struggle to find the time to fit them all in. With the two cities only being situated less than an hour train journey from one another there is no reason that you can’t see the best of both. This quick guide will show you six of the top things to do in Glasgow/Edinburgh.

Situated on the river Clyde the Glasgow Science Centre is one of the most fun filled days that can be had in either city. Packed with over 300 hands on interactive activities over three floors there is something to do for all ages in the museum. They also put workshops on regularly if that is your sort of thing – from shadow puppet shows for young children to ethical hacking workshops for adults. Also equipped with a digital planetarium that allows you to travel through the cosmos, you are guaranteed to find something that catches your interests at the Science Centre!

If an interactive day out surrounded by science isn’t your thing then why not head through to Edinburgh and admire the beauty of the plants and flowers that call the Royal Botanic Garden their home. With over 47 acres across the city centre there is a lot of ground to cover and will keep you entertained for hours. Founded all the way back in 1670 these grounds are considered one of the finest gardens in the world. 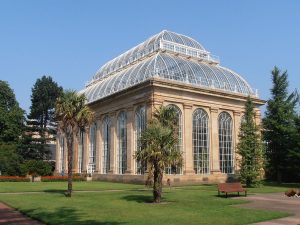 Situated towards the East End of Glasgow just outside the city centre is the brewery of Scotland’s favourite beer, Tennents. The Wellpark Brewery has been producing lager for over 450 years. Has now opened its doors to the public so that you can catch of a glimpse of where the magic happens. Not only do you get to see the production and packaging of such a famous product but they will also teach you the history of how Tennents became a part of Scotland’s culture. With its deep ties to both football and music in the country. 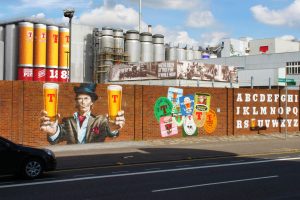 This stretch of road in the heart of Edinburgh connects one of Scotland’s most famous attractions – Edinburgh Castle – to Holyrood Palace, the Queen’s residence in Scotland. With a selection of bars and restaurants, traditional Scottish shops, street performers and more along the way. Walking a mile won’t ever take you so long! 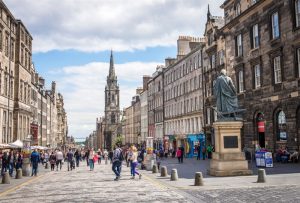 This is Scotland’s most visited attraction and there are plenty of reasons why that is the case. With 22 themed galleries ranging from Charles Rennie Mackintosh to Ancient Egypt. Holding host to over 8000 objects – including a statue of the King himself, Elvis Presley – there is something to see for everyone. It is also a cheap day out, entry to the gallery is free. Its also situated near the picturesque Kelvingrove Park that means you can really make a day of it. 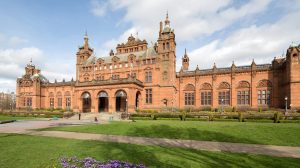 Only one mile east of the city centre. Meaning that if you want to get the best view of Edinburgh then you need to make your way up Arthur’s Seat. A 610Ft hill with a stunning glimpse of the Edinburgh skyline. There is no better activity to do when in Scotland’s Capital. Tip: Try this in the evening as the sun is setting for an even more magical experience. 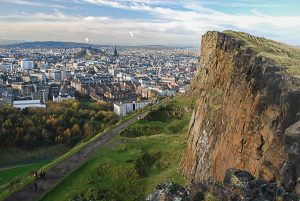 These activities and attractions are some of the best ways to spend your time when visiting Scotland. Or even a resident that is just looking for a fun day out. Let us know what you thought of these things to do in the comments below.